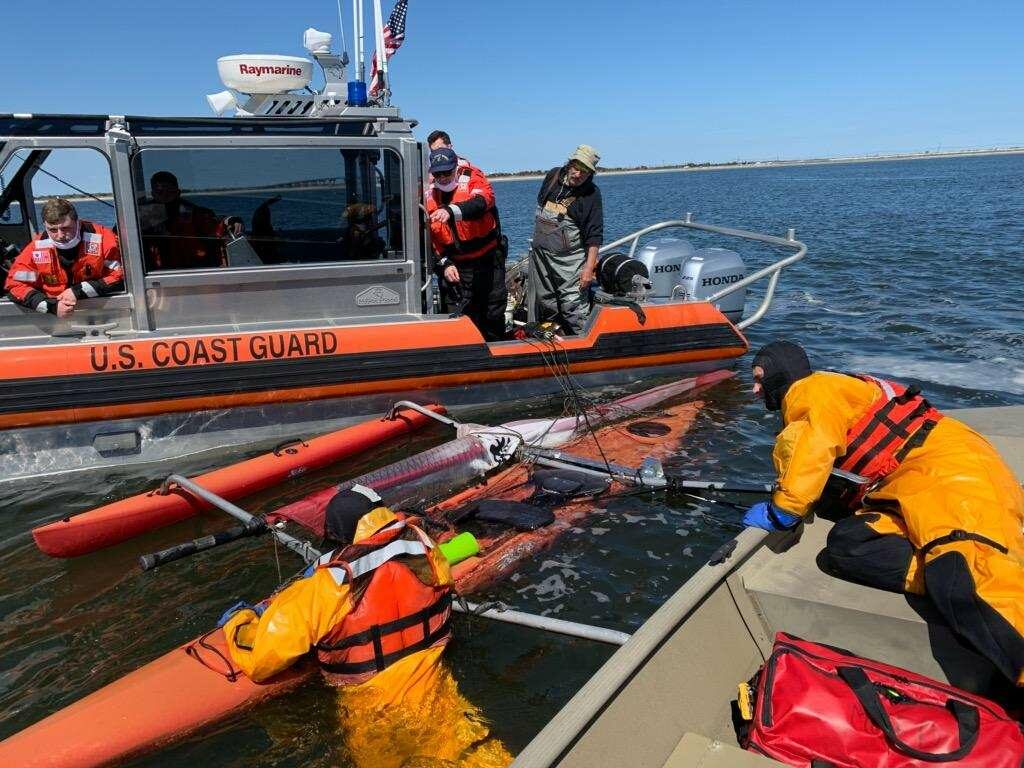 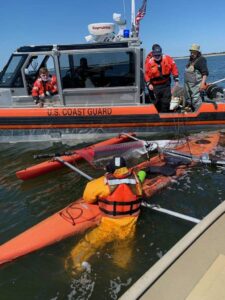 EGG HARBOR TOWNSHIP – Margate City and Longport firefighters today provided mutual aid in response to the report of a person in the water near Malibu Beach, also known as Dog Beach.

According to Margate Fire Chief Dan Adams, firefighters responded at 11:25 a.m. to the call from Egg Harbor Township 911 dispatch requesting mutual aid to affect a rescue. The Longport Volunteer Fire Department also responded to the area.

Coast Guard Sector Delaware Bay watchstanders also received the call from Egg Harbor Township 911 dispatch and Guard Station Atlantic City and its 29-foot Response Boat-Small boatcrew arrived on scene to quickly rescue the man from the water who had been clinging onto a submerged kayak.

They assisted the U.S. Coast Guard with removing the man from the water and towing his vessel back to Seaview Harbor Marina.

The Coast Guard boatcrew returned the kayaker to shore where he was met by by local emergency medical services and transferred to Shore Memorial Hospital for evaluation and treatment.

“The quick response of Station Atlantic City was a vital role in the outcome of this case,” said Petty Officer 1st Class Alexander Castonguay, the Command Duty Officer of Coast Guard Sector Delaware Bay Command Center. “Consistent training provides Coast Guard members to be able to respond quickly and efficiently to cases no matter when they occur.” 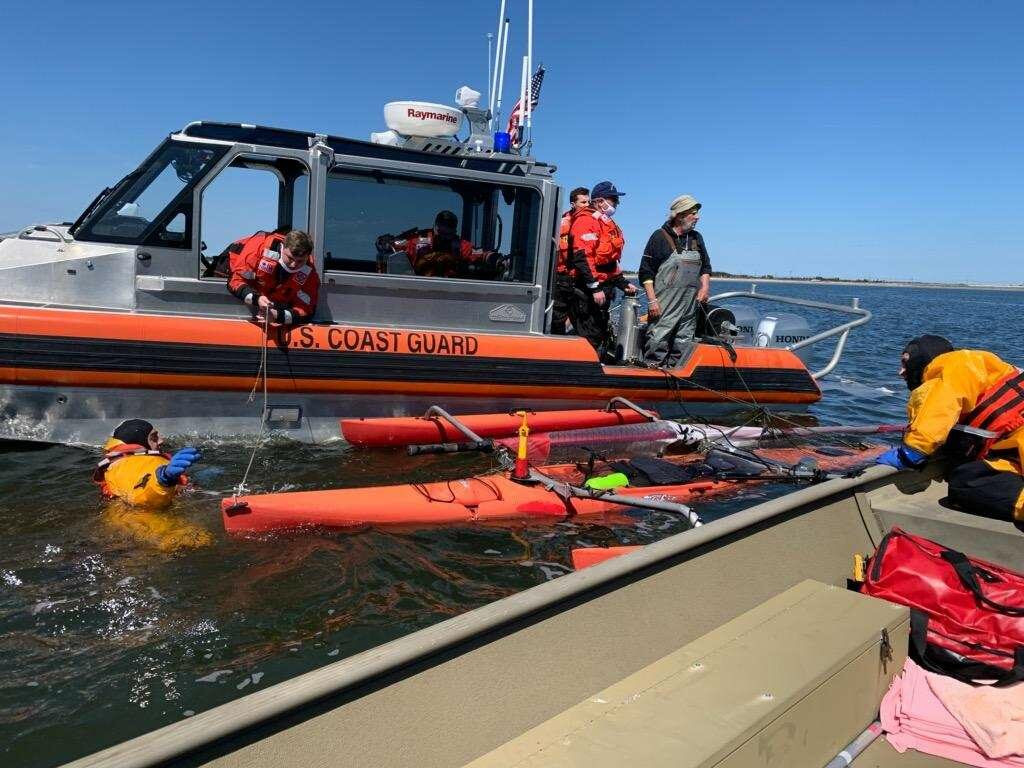