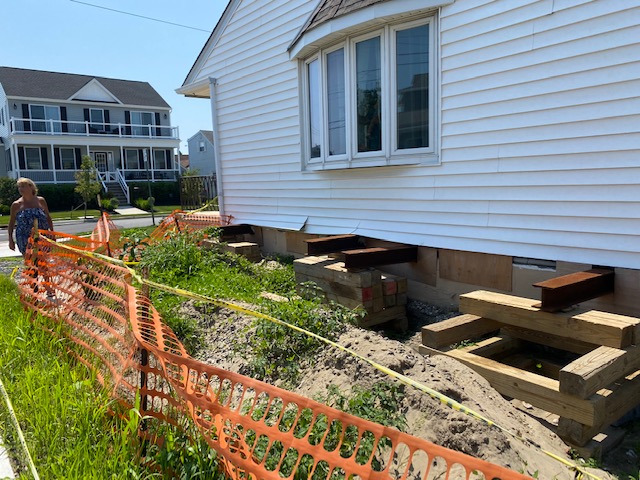 A home damaged from a road reconstruction project in Margate has been stabilized with steel beams.

MARGATE – Residents who live on the 7600-block of Amherst Avenue want the city to help them repair their homes after a road reconstruction project went awry in spring.

Not only did they have to endure the road being torn up for months with dirt, dust and nowhere to park, several homeowners who live along the two-block stretch of Amherst Avenue, had minor to severe damage to their homes during a utility replacement project.

The work required a “well point system” of de-watering to remove groundwater from the excavated area to allow workers to replace water and sewer pipes. As the water was removed, the ground under their homes shifted causing foundations to crack. In one instance, the damage was so severe that the home had to be lifted and reinforced with four steel beams.

According to homeowner Donna Tasca, who lives on the corner of Amherst and N. Clermont avenues, one of the beams holding up her home has further shifted and needs to be reinforced.

“What is the city’s stance on our home that is sinking in the ground,” Tasca asked during the public portion of the July 15 Board of Commissioners meeting. “Our house is on steel beams and we’re not getting anywhere with (contractor) Mathis.” 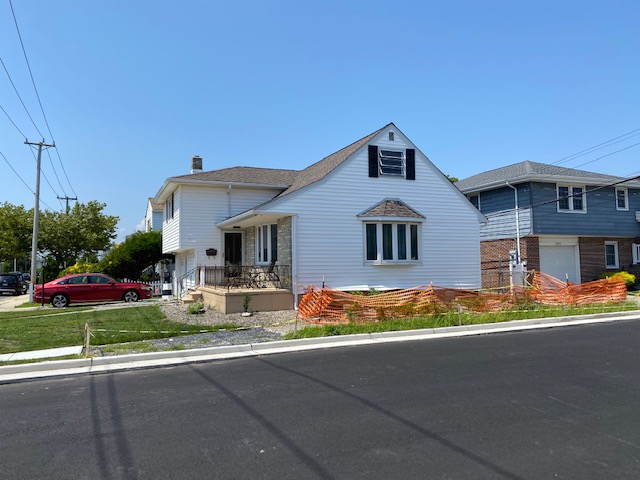 Tasca home on the corner of Amherst and Clermont avenues.

Tasca said she and her husband, who is ill, retired to Margate and live on Social Security. The couple is represented by an attorney, but she is concerned living in the home is no longer safe.

“We are asking Margate to help us even more. We found out we can be in litigation for more than two years. When they go to work on our house, we are being told it should be torn down because the ground underneath isn’t stable. When that happens, where do we go?”

The damage was done during Phase 1 of the road reconstruction project on Amherst Avenue between Douglass and Clarendon avenues. The utility work and base paving has since been completed, with final paving due to be completed in the fall.

In a second round of bidding for the project, Mathis Construction Co., Inc. of Little Egg Harbor Township was awarded a $858,617 contract on Sept. 3, 2020. The project was funded entirely by local taxpayers.

The city is currently in the design phase for Phase 2 of the reconstruction project from Douglass Avenue to Gladstone Avenue. The city has received $285,000 in state funding to complete that portion of the project. According to the engineer’s report, a field survey and base plans have been completed. 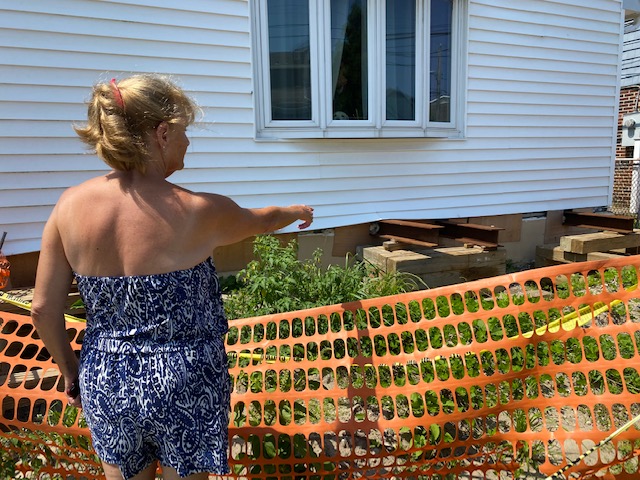 Homeowner Donna Tasca points to a beam that is sinking.

The ground compression caused the foundation of one home to drop leaving a gap between the house and the foundation. The house has been stabilized but it cannot be repaired until the homeowners and their attorneys settle with Mathis and their insurance company.

“I have a sinkhole in my yard and my neighbor’s have cracks in their driveway and in their brick garage. My grandchildren can’t even play in the yard,” Tasca said.

Meanwhile, across the street, resident Renate Taylor, who lives in the corner house with her husband Ken Raphael, said there are cracks in the walls throughout her house, the roof is sagging, and the porch is cracked and pulling away from the foundation.

She said she hired a structural engineer who said the house is separating from the center joists running from the front of her house to the rear.

Taylor said she would be attending the next Board of Commissioners meeting to find out what the city is doing to get her house repaired. 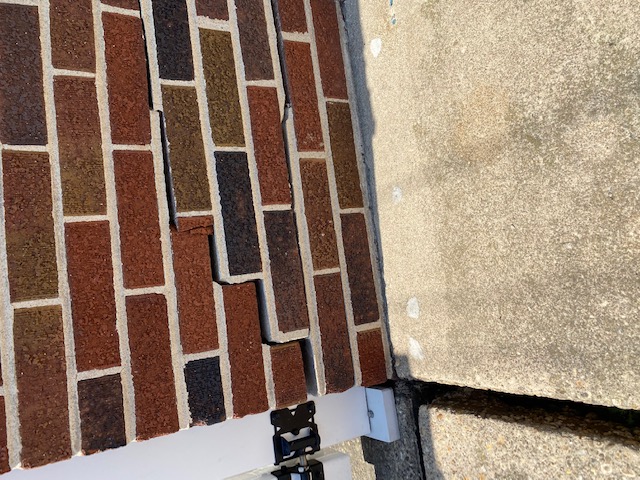 The four-block area was selected for reconstruction based on a priority list of roads that are nearing the end of their lifespan. It is customary for the city to replace underground utilities whenever it does road projects, and the pipes in that area are more than 50-years-old, Commissioner John Amodeo said previously.

The project included replacing all the infrastructure below the ground, including storm drains, and lateral connections to the homes were installed at no cost to homeowners.

Phase 1 was temporarily halted in spring after it became apparent that several homes were damaged by the de-watering process. The city says correcting the problem is the responsibility of the contractor, Mathis Construction, who resumed the work on April 28.

A settlement between homeowners, the contractor and their insurance companies is in the works but are confidential in nature, solicitor John Scott Abbott said, and the city is in contact with the attorneys involved to move the process forward as quickly as possible. 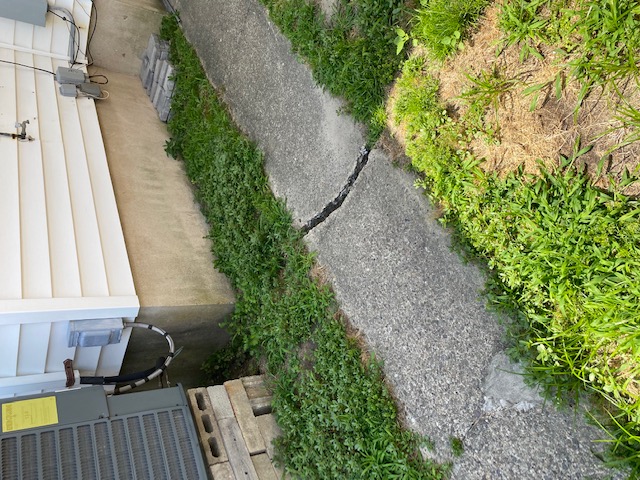 The concrete gully next to Tasca’s house has separated.

“The city is not directly the one that can begin the repair work on these homes, it’s up to Travelers Insurance Company,” Abbott said. “They are making progress. They are moving forward. The city…is doing everything we can to move that along, but ultimately the money to pay for repairs will come from the insurance company.”

Settlement offers are being made to the affected homeowners, although Tasca said the offer she received was “a joke.”

Another homeowner said the offer was so low, it wouldn’t be enough to cover even the smallest repair.

The responsibility for the cost of repairs lies with the contractor’s insurance company, Abbott said.

He recommended their attorney make a counter-offer or bring the insurance company to court.

“Trust on his expertise,” Abbott said. 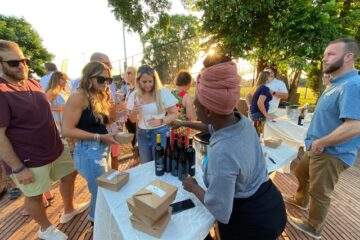 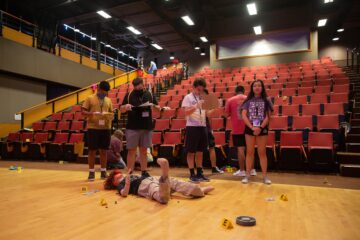 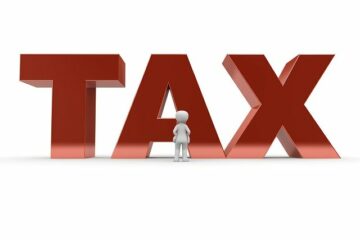