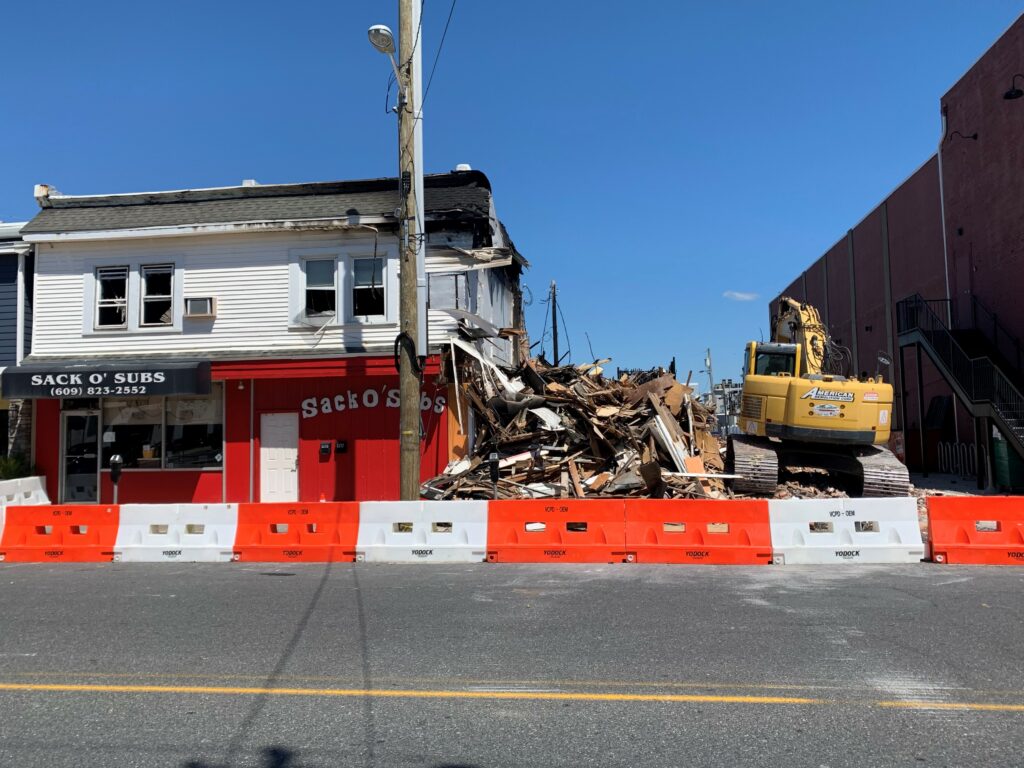 VENTNOR – There were no injuries reported but three families were displaced, and two businesses closed after a fire late Saturday afternoon in an apartment above U-Mango restaurant, 5217 Ventnor Ave. The building shares a common wall with Sack-O-Subs restaurant next door. Both eateries had severe smoke and water damage and were closed. A third business, Mr. Gordo’s Taqueria on the corner of Ventnor and N. Little Rock Avenue was unaffected by the fire.

Ventnor residents posted on the Ventnor, NJ Community Forum that they are collecting clothing and raising money for the families.

Details are still sketchy as to the location where the fire started and the cause of the fire, which is still under investigation.

Capt. Patrick Lento and Platoon 2 were first on scene to find heavy smoke and flames coming from the second floor rear of the building. The wind intensified the fire. When Fire Chief Michael Cahill arrived at the scene, he called second and third alarms, with crews from Margate and Atlantic City responding to contain the fire before it spread to adjoining properties. Fire companies from Brigantine and Pleasantville provided mutual aid.

Middlesworth said the building contained three apartments on the second floor that are now uninhabitable. Occupants are staying with relatives or were provided temporary accommodations by the American Red Cross.

The fire also caused the temporary evacuation Saturday night of the Ventnor Square Theater, which is separated from the building by a driveway and parking lot. Theater owner Brett DeNafo said the theater sustained no damage and movie showings resumed Sunday along with service at Nucky’s Speakeasy and the concession stand. Tickets purchased for shows on Saturday, would be honored, he said.

Commissioner of Public Safety Tim Kriebel said Sunday morning that the fire had rendered a portion of the building unsafe and it was demolished.

Streets in a four-block radius were closed by police to allow access for firefighters and apparatus needed to fight the fire and complete the partial demolition.